I suppose it's inevitable in trying to read a book from every year of the twentieth century to find a few I don't have a great deal to say about. This isn't necessarily because I didn't enjoy them -- I think the only book I've actively disliked so far is Hugh Walpole's Portrait of a Man with Red Hair. Otherwise it's been a happy experience thus far, and I'm now about half-way through, which is what I'd planned, as I gave myself two years to complete the task. Okay, to the books!

Guard Your Daughters by Diana Tutton (1953): The only reason that I don't have much to say about this one is that Simon has already said it more than adequately, and it was through him that I heard about it anyway. I enjoyed it very much indeed, and it's not going to do anyone any good if I rave about it, because readers of Stuck-in-a-Book seem to have bought up the entire supply of secondhand copies! It reminded me rather of The Brontës Went to Woolworths, which is another of those books I didn't quite get round to talking about, because everyone else had read it before me. I liked that, too. There is something very appealing about coming-of-age novels from the mid-twentieth century.

Cousin Harriet by Susan Tweedsmuir (1957): I read this ages ago, but when I came to write about it, I found I had mislaid my copy in the tottering piles of books. It only turned up quite recently and I promptly lost it again! I'd read, and liked, one of this author's books on the Edwardian country house. As wife of the novelist John Buchan, the Governor General of Canada, and a member of the aristocracy in her own right, she knew whereof she spoke on the country house, and wrote delightfully on it (good source material for the likes of Downton!) and I thought it all boded well for a novel by her. Cousin Harriet has a late Victorian setting and mostly takes the form of the diary and letters of Lady Harriet Waveney, who lives quietly with her father and runs his household. When a young relative asks to come and visit Harriet is rather reluctant to agree, thinking that Charlotte will need entertaining, but she soon discovers that Charlotte is actually in the worst kind of trouble. Helping her young cousin will involve her in much that is unwelcome and require her to examine her own moral codes. This is a subject which it would have been difficult for a Victorian writer to tackle sympathetically, but Lacy Tweedsmuir was able to allow the mores of the society in which she grew up to inform her writing, while suggesting that opprobrium was not the only possible response. That was a message which still very relevant in the late 1950s.

Zuleika Dobson by Max Beerbohm (1911): I ought to be able to write screeds about this book, which was very much a gem of its time, as fantastical as anything by Ronald Firbank but more focused on its targets. Zuleika, an erstwhile governess and now a conjuror, arrives in Oxford where she almost immediately has a devastating effect on the entire undergraduate body. She herself has been untouched by love, believing that only a man able to resist her allure could meet her ideal. The Duke of Dorset decides that he will die for love of her, and then finds that all the other young men in Oxford are determined to emulate him.

Zuleika is interesting in the light of today's obsession with celebrity, in that she has achieved her status largely without effort on her own part. She is described as not exactly beautiful in conventional terms, but nonetheless irresistibly attractive; I believe (though I can't find evidence to back it up) that she was based on Firbank's sister, Heather, a celebrated society beauty who did very little other than dress exquisitely and exceedingly expensively. Anyway, things end badly for the student body, who despite their privileges are incapable of thinking sensibly, and Zuleika leaves for Cambridge, where she will presumably wreak equal havoc:


You cannot make a man by standing a sheep on its hind-legs. But by standing a flock of sheep in that position you can make a crowd of men. If man were not a gregarious animal, the world might have achieved, by this time, some real progress towards civilisation. Segregate him, and he is no fool. But let him loose among his fellows, and he is lost--he becomes just an unit in unreason... A crowd, proportionately to its size, magnifies all that in its units pertains to the emotions, and diminishes all that in them pertains to thought.

For anyone who wants to know more, there is a profile of the book on Book Drum. Some editions of the book include Beerbohm's own illustrations.
Posted by GeraniumCat at 17:49 8 comments:

A Diary Without Dates by Enid Bagnold 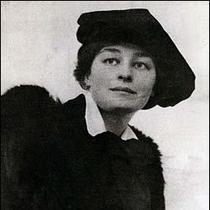 Watchmakers, jewellers, station-masters, dress-designers, actors, travellers in underwear, bank clerks ... they come here in uniforms and we put them into pyjamas and nurse them; and they lie in bed or hobble about the ward, watching us as we move, accepting each other with the unquestioning faith of children. The outside world has faded since I have been in the hospital.

Their world is often near me--their mud and trenches, things they say when they come in wounded.

I read this book, first published in 1918, much earlier in the year, and found it very moving.  It relates the time spent by the author as a VAD during the First World War, nursing wounded soldiers. It has caused me problems to write about it, largely because there was so much that I wanted to share -- the simple, matter-of-fact way in which so much that is appalling is related, the bleakness of the situation of the men in hospital which is so often faced with courage and humour. However, Bagnold's opinion of the hospital administration was so critical that she was dismissed (she went on to be a volunteer driver in France):


In the bus yesterday I came down from London sitting beside a Sister from another ward, who held her hand to her ear and shifted in her seat.

She told me she had earache, and I felt sorry for her.

As she had earache we didn't talk, and I sat huddled in my corner and watched the names of the shops, thinking, as I was more or less forced to do by her movements, of her earache.

What struck me was her own angry bewilderment before the fact of her pain. "But it hurts.... You've no idea how it hurts!" She was surprised.

Many times a day she hears the words, "Sister, you're hurtin' me.... Couldn't you shift my heel? It's like a toothache," and similar sentences. I hear them in our ward all the time. One can't pass down the ward without some such request falling on one's ears.

The pain of one creature cannot continue to have a meaning for another. It is almost impossible to nurse a man well whose pain you do not imagine. A deadlock!


The Mess went vilely to-night. Sister adds up on her fingers, and that's fatal, so all the numbers were out, and the chef sent in forty-five meats instead of fifty-one. I blushed with horror and responsibility, standing there watching six hungry men pretending to be philosophers.

There is a sense, though, that Bagnold is too tired to be angry much of the time, and there may have been other motives, besides, for her dismissal -- one patient became too fond of her, and it is obvious that she was not entirely trusted to behave "appropriately". But she had been a racy, Bohemian young woman (she describes in her autobiography how she lost her virginity to the very scurrilous Frank Harris: '"Sex," said Frank Harris, "is the gateway to life." So I went through the gateway in an upper room in the Cafe Royal.') -- she may have been an inconvenience too far.

The book has a number of associations which please me: the author lived at North End House in Rottingdean, which had been the home of Angela Thirkell's grandfather, Edward Burne-Jones, and which AT writes about so wonderfully in her memoir Three Houses. Bagnold herself wrote a play inspired by the garden at North End House, The Chalk Garden, which supplied one of the pieces I learnt for my audition for drama school, and which I love. (I am less inspired by the knowledge that she wrote National Velvet, and even less so by the discovery, while checking on my information for this post, that her great granddaughter is Samantha Cameron.) The Chalk Garden is a very mannered piece or writing, reminiscent of the style of Ivy Compton-Burnett or the plays of T.S. Eliot where well-bred people bemoan the servant situation and agonise over the kind of minutiae that ordinary people don't have time to waste on, but is nonetheless about three tremendously strong women.

Diary Without Dates is a fairly short work and, given its subject matter, often surprisingly lyrical, which makes it all the more poignant because one can identify with the writer so readily. Bagnold expresses how we would expect to feel in such circumstances and demonstrates the strange mixture of detachment and empathy which can result from working in extreme circumstances. She followed the Diary with a novelised version (I think) of her experiences as a driver, which should also be interesting to read.
Posted by GeraniumCat at 18:20 6 comments: