For continuity I am adding a 2016 page, but my reading was severely curtailed during the year and keeping track got pretty scrappy. I was on my own for much of the time and my concentration was poor, so I ended up watching quite a lot of television: Downton Abbey was very undemanding and, when finished, very hard to follow. I watched part of The Crown and then found House on Netflicks and got through five series - it was so compulsive that I had to limit the number of episodes I would watch in a sitting. It was also the year that the number of audiobooks sharply increased, because I could listen to them while I was doing other things (and spending much less time at a computer), and they became an even more necessary bedtime ritual.

Because I was no longer listing books by month here I tried to stay up-to-date, in a desultory way, on Goodreads, and in fact have continued to use that site to track my reading. So instead of the list as in former years, here's a link to my Goodreads 2016 list.

I may come back to this page and add some comments on favourites at a later date, but much of my reading was chosen precisely because it was light and amusing, and not for its memorable qualities. Amongst the best were the couple of Peter Dickinson mysteries, Death of a Unicorn and Some Deaths Before Dying. Jodi Taylor and Neil Gaiman provided lots of comfort. There's no non-fiction because I didn't read anything right through, but for some months I was sorting books and browsing through them in the evenings. The one exception to that was Ronald Blythe's The Circling Year, which is a series of gentle meditations by the writer of a regular column (alas, no more, he has retired) in the Church Times. These pieces are from his addresses as a Reader in the CofE and are thoughtful, spiritual and deeply consoling. 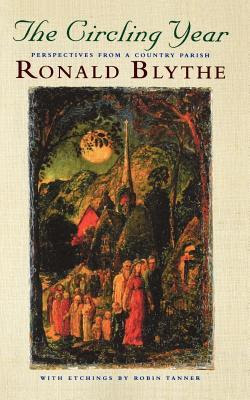