Once Upon a Time VII - postcript

After yesterday's Once Upon a Time post, the perfect addition has just arrived from the local library! Bookshelf readers will know that I adore Elly Griffiths' series of mysteries about archaeologist Ruth Galloway, and Dying Fall is the latest. I requested it before it was published and it's only had three previous readers so I bet it's been round the library staff already! This series is the sort to be very eagerly anticipated, not least for their terrifically atmospheric settings. 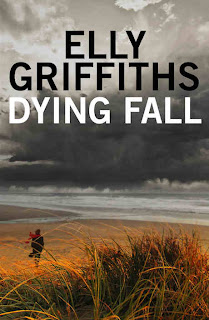 The Ruth Galloway books always have an element of the unexplained about them - Ruth's friend Cathbad is a druid - and this time she's off to answer a plea from a friend in one of the spookiest places in England, Pendle, home of a frightening series of witch trials in the seventeenth century. I'm sure they will be a theme for this book, alongside modern elements.

This is probably going to scare the living daylights out of me. I can't wait.

Email ThisBlogThis!Share to TwitterShare to FacebookShare to Pinterest
Labels: mystery, Once Upon a Time VII

Once Upon A Time VII 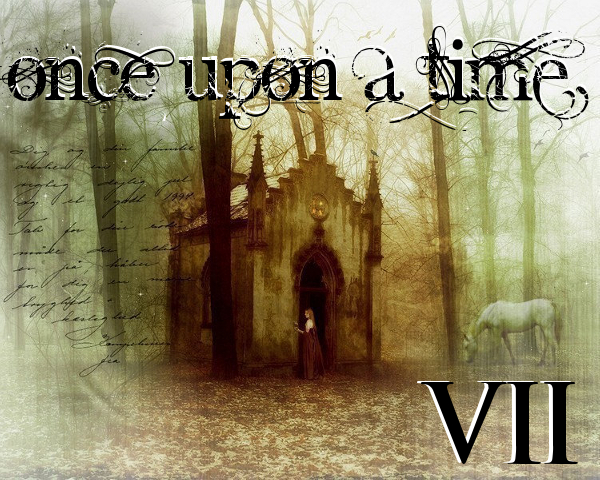 As I sit here watching the snow gently falling outside my window, with layer upon layer of woollies and the heater switched back on, it is time to think summer-y thoughts of One Upon a Time VII. Our wintry conditions are fairly half-hearted compared to those I know some people are still enduring, and at least there's the odd crocus in the garden now, but my thoughts are still tending towards what I think of as winter books - ghost stories and dark mysteries -- rather than those of faerie which is somehow intrinsically linked for me with summer. For me, the Summer Isles off the coast of Scotland, and Tir-nan-Og, the land beyond the setting sun, are one and the same place. They probably encompass Hy Brasil as well. (Please note, this is my personal mythology - no good telling me I've got it all wrong.)

So my reading for Carl's challenge this year is going to be a bit of a mix of light and dark. The sweetly pretty depictions of the lands of faerie always seemed wrong to me anyway, as though the people who drew them had already partaken of fairy fruit, so that there was a glamour over their eyes. Fortunately, many writers and artists seem to be wise to their guiles. And here in the English-Scottish border country you can't help feeling that, at the end of one of those little lanes that often turn into farm tracks, you might just happen upon the village of Wall, the setting for the start of Neil Gaiman's Stardust. Carl is holding a read-along of Stardust alongside OUaT7, and I'm hoping to join in -- it's a lovely book and I'd been thinking for some time about re-reading it.

That's the only absolutely fixed plan, but I have a pool of books to dip into as I feel inclined, and bearing in mind my aim of completing Quest the Second, which calls for reading a book for each of the challenge's four categories: fantasy, folklore, fairytales and mythology. Not long ago I read Lev Grossman's The Magician King and liked it enough to want to read the book that precedes it, The Magicians, if the library will oblige. I've been saving The Merlin Conspiracy by Diana Wynne Jones for a special occasion - that will be for towards the end of the challenge, when I've promised myself a bit of gardening leave, a couple of weeks to dig flowerbeds, paint the bathroom (finally!) and contemplate the future. DWJ rarely disappoints.

More immediately, I've downloaded to Quoodle-the-Kindle two books by Phil Rickman, his foray into writing for young adults. The first is called Marco's Pendulum (also published under the nom-de-plume Thom Madley) and is follows one of his adult novels, The Chalice (hope I'm going to remember what happens in that one!). It's a Glastonbury-and-the-Grail book and I'm sure I've said before how much I like Arthurian legends. I have high hopes and may even start it tonight. The sequel is called Marco and the Blade of Night. If more darkness is called for I have all of Rickman's Merrily Watkins books on Quoodle now (although those will undoubtedly last me until this year's R.I.P.), and also his two historical creepies about Dr John Dee.

This year I'm adding an extra element for myself -- an audiobook. I know lots of people just count that as reading but I've always been a purist. In fact, I've only taken to them at all recently, as the result of insomnia, where they work fairly well, so I'm always backtracking to where I can remember before I fell asleep. Because of this, I rather like books that I've previously read (it's easier to find my place) and the next one on my wishlist is Good Omens, a joint venture by Terry Pratchett and Neil Gaiman.I also have The Once and Future King (T.H. White) and may start that too.

So, that's the plan. But no doubt I'll get sidetracked by amazing discoveries as people post their reviews, and/or not manage to post about all my reading, despite all my good intentions. One thing is certain, I'll enjoy myself, and wish everyone happy reading!

Email ThisBlogThis!Share to TwitterShare to FacebookShare to Pinterest
Labels: fairytales, fantasy, ghosts, mystery, Once Upon a Time VII 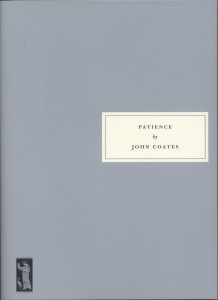 I see, however, that some readers have found Patience as a character irritatingly naive and passive in her seven-year marriage and self-absorbed in her desire to extricate herself. Hmm. I can't say I agree -- yes, she is an absolute innocent and has been very complacent thus far in her life, but I saw that as more to do with the period. It's difficult, from the twenty-first century, to appreciate just how sheltered an upbringing could still be, in the 1950s, when a girl could go straight from living at home with mummy and daddy to a husband who expected to be the authority in his home. And to those who find it too pat that she instantly falls for someone, well, I'm still a believer in love at first sight, and this is, after all, a comedy.
Posted by GeraniumCat at 17:41 6 comments: