A picture for Sunday

Another teapot, as promised - this time, my own. It's a Booths Blue Dragon teapot, not very old, perhaps 1930s. I haven't used it, which is perhaps a bit sad, but I'm very clumsy these days and it would be so easy to chip it. I'm very fond of blue-and-white transferware and have added to the nice old willow patten that I inherited from my grandmother so that I have a special occasions dinner service; I've also got lots of "everyday" blue-and-white ironstone that survives my clunking it while washing up! I like the mix-and-match ability it offers, and I do think ironstone china is admirable stuff. It was the first mass-produced china, and it made it possible for the middle-classes to have attractive and affordable tableware. The pattern could be applied by transfer instead of hand-painting, and copies of Chinese designs were extremely popular, hence willow pattern in particular. Although blue-and-white is perhaps the most famous, green (that's a green-and-white meat dish in the background), pink, brown and yellow can also be found, as well as several-coloured. Booths is not one of the oldest potteries - nothing like the pedigree of Spode, say, but they produced a variety of handsome designs. I'll post some more next week. 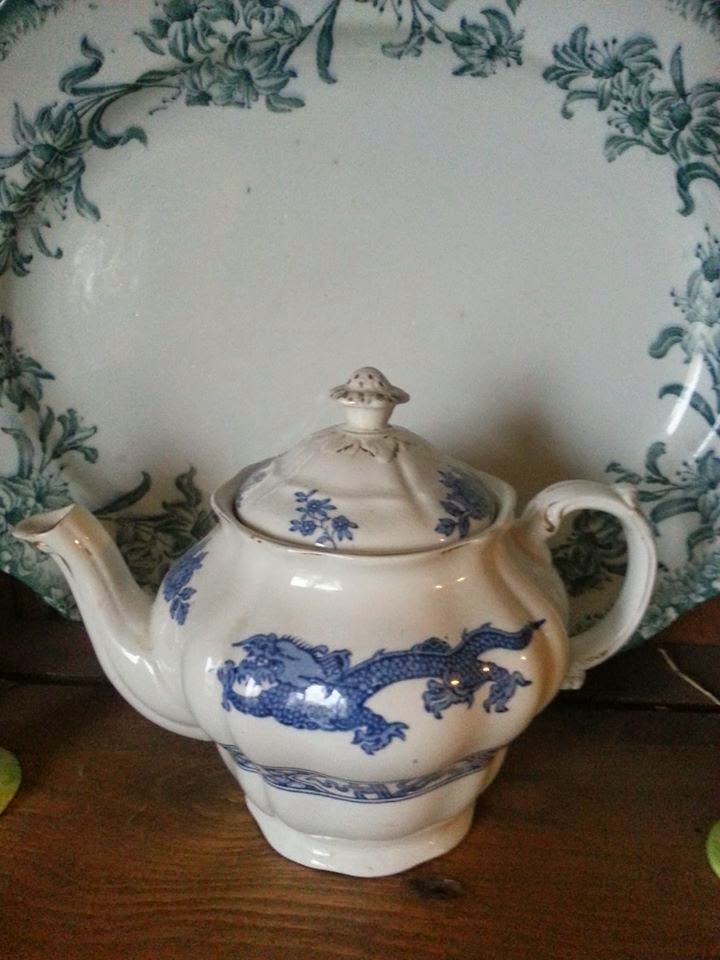 A picture for Sunday

While I'm unable to type much we'll have some pictures. I have a new photo journal at Blipfoto - link on right. Although it will post new pictures as I upload (the idea is that I post a photo daily, though we'll see how long that will last!), I can also upload backdated photos, and I thought I might share them here.

This is lovely blue-and-white ware at Bamburgh Castle. I have some similar, but not nearly as elaborate. The dragons are appropriate because Bamburgh is the home of the story of the Laidly Worm. I should have posted this on Friday, for Hallowe'en! 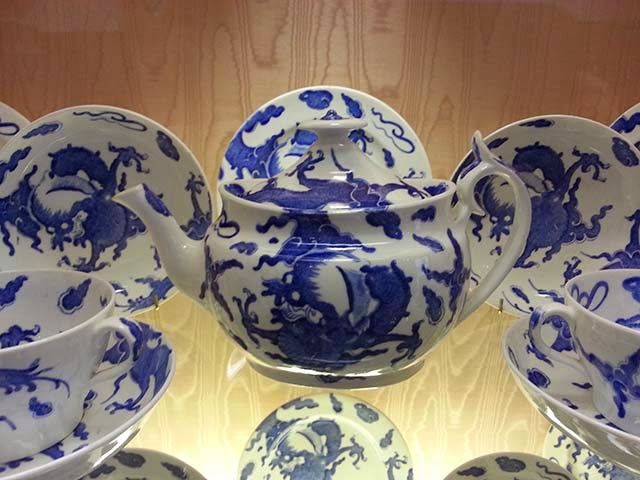