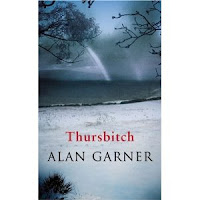 Garner has never been the easiest of authors. Even his most accessible books, The Weirdstone of Brisingamen and The Moon of Gomrath, contain a visceral energy that whirls the reader into an intoxicating world of magic and fear and then dumps then, breathless and dissatisfied with the real world, at the end. In the startlingly bleak Elidor, the power of myth to invade the prosaic everyday world brings an element of real terror, as all the electrical equipment in the Watsons’ new home switches itself on, buzzing away remorselessly throughout the night, even when unplugged. The Owl Service builds claustrophobic tension to an almost unbearable pitch, and Garner’s readers polarised into those who loved it and those who no longer wanted to know.

Then came Red Shift, an immensely powerful intertwining of three timelines, Roman, Civil War and present, violent and angry, a bitter, desperate book ambivalently ending in a probable suicide. The abandonment of hope exemplified a modern youth, adrift and frustrated in a world which was spiralling towards the three-day week, while the interwoven timelines suggested strongly that humankind was born to grief – if there had been a possible redemption at the end of Elidor, it was looking increasingly tenuous here. However much you might admire Red Shift as a piece of literature, reading it left a sour taste. Many readers only noticed the sour taste, and there were loud complaints about its impenetrability, with some justification, since lots of its threads and meanings can only be fleetingly grasped. Through several readings I have always felt that something was eluding me, the point being, I think, that it’s eluding the characters too. They know that all is not well with their world, but even the exceedingly articulate Tom has no power to put it right. Where is magic when you need it?

Thursbitch feels very much like a sequel to Red Shift to me, although the only connection is the intensity of its sense of place, and a setting geographically close, since Garner likes to write about the area around his home. It starts with a real story (just as Weirdstone began with a local legend): in 1755 salt-trader John Turner was found dead by the roadside after a heavy storm, and by his body was the print of a woman’s shoe. That he should have died so close to home, on a road he knew intimately, intrigued Garner, who began to tease out the reasons why his death might have occurred. His own explorations of a landscape that he had recently identified as being a possible site of the Green Chapel where Sir Gawain sought the Green Knight one legendary Christmas suggested a significance to the Christmas death of John Turner, and Garner's packman, traveller of the Cheshire drove-roads, is a shaman, one of the last initiates of the rites of the Bull god. Pagan custom and legend are inscribed across the wild areas of Britain, evident to the walker today, and it’s not impossible to believe that there were secluded valleys where Christianity had never really caught on. And the coming of the Christian faith to Thursbitch is a painful transition, borne of grief, a contrast to the natural easiness of the bull rites.

Touching intermittently, like the firing of synapses, is the present-day story of Sal, suffering from degenerative disease (Huntingdon’s?), and Ian, her carer. Like Jan and Tom in Red Shift their conversation is a struggle, full of undercurrents and awkwardnesses – as in reality, the significance is often in what is not said, or in the misunderstandings or even wilful misinterpretations, exacerbated by the confusion symptomatic of Sal’s condition.  Sal, a geologist, is angered by their fellow “users” of the countryside (indeed, she would deny any fellowship with them) but her own relationship with it is tenuous, eroded by the rifts in her memory and only retained in geological description. Nevertheless, where the synapses fire across time, there is the possibility of redemption.

Thursbitch is at once rooted in the earthiness of the Cheshire landscape and its language and lyrical in its evocation of a faith which is bound to the land. The language may be difficult for readers who are unfamiliar with English dialects, but it’s possible, I believe, to listen to the music of the speech and still reach enough of the meaning.* I was conscious again of the visceral response to myth and legend that I mentioned earlier and have talked about in other posts, a sensation that an author is reaching some kind of universal truth about the nature of our relationship with our surroundings, even if the detail isn’t accurate. I’d go so far as to say that the exact detail doesn’t really matter, if the feeling is there – it has much to do, I suppose, with the overall similarity of religious belief, and the predisposition we have to explain certain kinds of thing is particular ways, as Karen Armstrong discusses in A Short History of Myth. As Sal’s descriptions resonate with geological time, Turner’s verses and words resonate with prehistoric time.

I knew, as soon as I opened my library copy, that I’d made a mistake here: like Garner’s other books, it’s one to go back to again and again, with meaning to accrue from each reading. It’s an elegiac work, part of a remarkable tradition of English writing about the land from Piers Plowman, to Victorian writers such as John Cowper Powys  and Kipling and as strong as ever in the present day.


* While writing this I discovered a useful section on the Unofficial Alan Garner website entitled Thursbitch Tangents, which offers a glossary of links for some of the more difficult allusions, and I have tracked down a site offering Cheshire dialect words for you as well. I can’t vouch for the latter, as I didn’t use it, but the former is good, and also offers photographs of the various sites, links to interviews and blog reviews and so on.

Later: I missed the opportunity to add that 10 October saw the fiftieth anniversary of the publication of The Weirdstone of Brisingamen, which has been continuously in print ever since. There's a lovely post about it here.
Posted by Jodie Robson at 16:03