In Which I Confirm My Eccentricity...

... or maybe just my poor time-keeping? Anyway, a combination of circumstances last year meant that my 2015 reading list was only kept systematically on Goodreads (the same has happened for 2016 - although I think I'd quite like to go back to the monthly list I used to keep here on the sidebar, for now I'm making do with an updating Goodreads widget of recent reading. I do like being able to keep track of reading year by year, though, and I've been meaning to do something about last year's for months now (well, six and a half months, actually). But until I can create a "proper" page (and if, indeed, I ever get round to it), here is a link to my 2015 booklist: https://www.goodreads.com/user_challenges/2269153

However, even though it's mid-July 2016 as I post this, I thought I would still pull out some absolute favourites from last year, because there were some real high points and I've enjoyed looking back across the year and seeing what discoveries and rediscoveries I was making.

First, non-fiction, and Ronald Blythe, an author who has become like an old friend since I rediscovered his writing; restful and thoughtful, he reminds me of a birdsong on an evening in early summer, or the gentle shushing of the waves breaking on the beach, and of the steady cycle of the year. 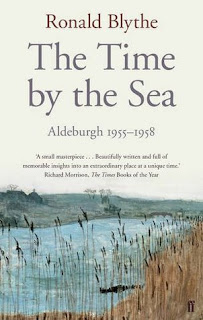 Many of his books are drawn from his "Word from Wormingford" column for the Church Times, but this memoir is about his youth, and his involvement with the early days of the Aldeburgh Festival, with Benjamin Britten and Peter Pears.

Regular readers will know that one of my major interests is fiction for children and young adults, and for that I've chosen The Lie Tree by Frances Hardinge, winner of the Costa Book of the Year Award for 2015. It's a wonderful and complex work by an extremely talented author. I've loved everything she's written and she just gets better and better. It's about due for a re-read and when I do, I'll review it properly here. 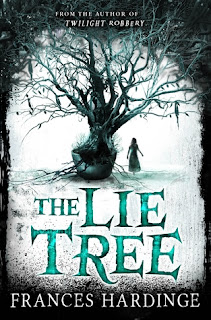 Two new-to-me authors both fall into the same category of fantasy, but are very different. Mike Shevdon's Sixty-One Nails is urban fantasy, set in London. Inevitably it gets compared to Neverwhere, but its alternative London, the world of the Feyre, isn't much like Gaiman's London Below. Shevdon wrote an interesting piece about why he made the choices he did in writing it - thinking about it now, it's another I want to read again (how do I ever manage to read anything new when the familiar is so endlessly fascinating?). It's the first of four in the series, by the way.

In contrast, Jodi Taylor's Just One Damned Thing After Another has begun a new addiction and I am having to ration myself frantically to avoid simply walloping through all the Chronicles of St Mary's in one fell swoop. Because I absolutely adore them! Her writing, and I'm not just talking about the Chronicles here, offers the best kind of emotional roller-coaster, full of fun, laughter, tears and heartbreak (she does dreadul things to her characters, I don't know how she can live with herself sometimes!). This series has everything I could ever ask for: history, academic back-biting, time-travel... I'm happy to say that there are currently seven books and three - no, four! - short stories (the penultimate of these, Ships and Stings and Wedding Rings, made me snort with laughter on a train journey, most embarrassing). I also read The Nothing Girl and the follow-up Christmas short story, Little Donkey last year, and am now prepared to assert that Jodi Taylor Can Do No Wrong. 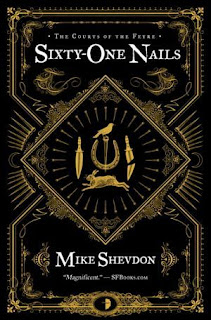 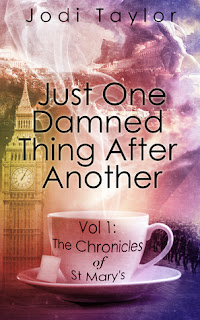 I've combined my choices for that hard-to-define category which for me is represented by authors like Thirkell and Pym (I re-read the glorious Crampton Hodnet during the year), and which mostly falls into the period 1910-60, though it might extend a bit on either side depending on how I'm feeling. My choices - for there are two - reflect my growing interest in Golden Age crime novels, helped along by the fact that there are so many excellent reprints these days, and one is always finding new authors to delight in (much, much more of that anon). For last year, though, I've gone back to two old favourites, Margery Allingham and Edmund Crispin. 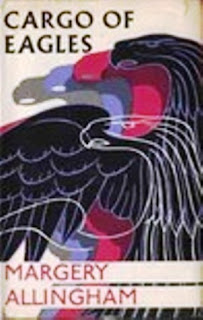 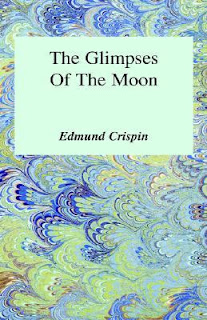 I'm not sure I'd read either before - if I had, it was when I was very young. Cargo of Eagles is typical Allingham territory, with saltmarshes and skullduggery - sadly, she died before it was finished, so it doesn't add anything to the Campion enigma and really isn't a patch on her at her best. However, I'll read anything in which Campion so much as gets a toe in, so I'm including it here. The Crispin, on the other hand, is just pure, unadulterated joy - always supposing you like Crispin in the first place, as my husband lamentably doesn't. Fen is at his most fey here, rusticating in a Devon village to write his book, but actually taking any excuse he can not to work. It has a lot in common with another book I adore, Michael Innes's Appleby's End.

Finally, and because it made me very happy, and led to about three weeks of solid re-reading, I was delighted to find that Robin Hobb had returned to her characters Fitz and the Fool with a new trilogy  - will this be the final one? I fear so, because it is beginning to tie up the uncertainties and questions from all the other books, and to draw together all the characters. So far she has published parts 1 and 2, Fool's Assassin and Fool's Quest, with the final part due out in March 2017 (oh lord, so long to wait... and on a cliffhanger like you've never seen). Having read both, I went back and read the Tawny Man trilogy again, and I think it very likely that, when I get my hands on the last book, I will celebrate by reading the whole of the Realms of the Elderlings from start to finish - hmm, I can see a major project in the offing. I really don't need a new project. 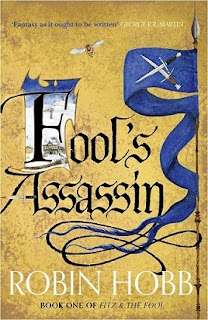 Another fantastic Jackie Morris cover - love her work. When I saw the first of her Rain Wild covers I kept stroking it. I'd like to be able to go back and replace all my earlier editions with her covers. Sigh.

So, that's the round-up of 2015. My challenge was 125 books and I read 120 - there were probably a few non-fiction books that didn't get included, in fact, as I didn't read cover-to-cover, but I was doing quite a bit of research on English country houses, as my groaning bookshelves attest. I picked up a fantastic selection of books on the subject secondhand, which would have been a wonderful asset if I'd got a job in a stately home, instead of in a barracks!
Posted by GeraniumCat at 15:49