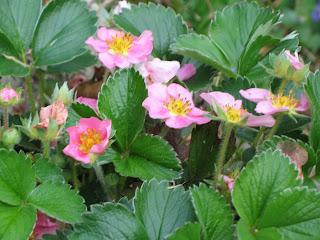 In this gentle, quiet and elegant book nothing very much happens. Emma Howick, a spinster in her thirties, takes up residence in her mother's Cotswold cottage and, in want of a project, decides to write up her anthropological observations of village life. The main players are the stalwarts of the English village, the doctors and their wives, the rector and his sister, the village ladies. Spice is added by the presence of a food critic, Adam Prince, who is what a friend of mine always refers to as a 'spoiled priest', although in Adam's case it is conversion to Catholicism rather than of faith which has led him out of the priesthood. It is Adam, rather than Tom, the rector, who is at ease with the ladies who make up most of his congregation and who, when Tom's sister Daphne leaves him to share a cottage with a friend, encourages him to seek help from the village. Like everything else in the book the request hardly creates a ripple, provoking only a little mild speculation on the part of the parishioners.

There is not much evidence that Emma does any actual writing of her observations, which mainly serve to maintain her distance from any kind of emotional life. Her only impulsive gesture is to write to a colleague with whom she has once had a rather lukewarm relationship. Graham, going through a sticky patch in his marriage, arrives rather precipitately in search of consolation but, finding Emma's lack of enthusiasm off-putting, retreats again. Nonetheless, he does make a second attempt, renting a cottage in the village to finish his book. It is clear that, if Emma will even meet him halfway, there will be an affair. Emma's diffidence in the face of such a half-hearted onslaught is delicately and delightfully drawn.

You know that such an English comedy cannot possibly have a tragic ending, but it would be hard to describe it as happy. I shan't say what happens, but rather suggest that in its depiction of small joys, little disappointments and small sadnesses the book is truer to life than most. Certainly it depicts an England largely gone (Tom's deserted medieval village would probably have been turned into a golf course by now) and Pym's characters are unfashionably reserved by modern standards (and none the worse for that), but it offers the quiet pleasure of reading about genuinely likeable people and amusement at their foibles. The poignancy of Daphne's need for retirement to a Greek island is beautifully handled, and almost unbearable:

Daphne realized that she hated flower arranging altogether. Sometimes she hated the church too, wasn't sure that she even believed any more, though of course one didn't talk about that kind of thing. And Christabel G. hadn't told her what she was to do, just snubbed her and left her standing uselessly by a heap of greenery. Into Daphne's mind came yet another Greek vignette, the memory of an old man on the seashore bashing an octopus against a stone...

There are numerous lovely touches: the appropriately named Daphne who yearns for Greece, and her friend Heather, a brisk creature happy to holiday at home on the Cornish coast; the bossy young doctor's wife, Avice, whose name conjures up her sharp tongue, waspish with her mother Magdalen (whose warm and comfortable nature is being firmly suppressed by her son-in-law). There is the old Dr Gellibrand, who has handed all his elderly patients over to his colleague, just as well since the best advice he can offer is to "get yourself a new hat". And at the centre, probably in a dreary frock, is Emma, named to be a romantic heroine and singularly unable to live up to it. Yet her sense of self-deprecation and humour is equal to an Austen heroine, and there is a strong feeling that, out of her observations of village life might come, not a dry academic paper ("Funeral Customs in a Rural Community") but a wry and affectionate novel. Rather like this one.

Email ThisBlogThis!Share to TwitterShare to FacebookShare to Pinterest
Labels: review