Once Upon A Time IV 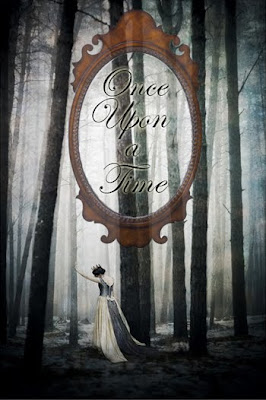 Carl V. at Stainless Steel Droppings runs some truly life-enhancing challenges, of which my absolute favourite is the Once Upon a Time Challenge. I’ve spent a very satisfying hour already, looking at other people’s lists and deciding what to include on my own.

I’ve decided upon Quests the First and Fourth–for Quest the First I shall be reading 5 books that fit somewhere within the Once Upon a Time categories: fantasy, folklore, fairytale and mythology, while for Quest the Fourth I’m planning to read Ursula Le Guin’s essays on writing fantasy, The Language of the Night (with thanks to Nymeth, who gave me the idea) and Alexander Porteus’ The Forest in Folklore and Mythology, which was first published in 1928. I bought this last year and it’s been sitting rather reproachfully by my bed ever since. Its first chapter is called The Forests of Eld! It coincides nicely with my current reading, Oliver Rackham’s History of the Countryside, which starts by discussing received wisdom about the history of forests in Britain, from which I am learning a good deal.

I’m also going to join in the short story weekends when I can, because I found a book of short stories that I couldn’t resist, since they are on my favourite Green Man theme. It will fit well with the Porteus book. And I’ve just seen that it’s on Carl’s list, too. I’ve added The Ladies of Grace Adieu, as well, because I think I’ve still got a couple of stories to left to read; the same goes for The Wind from Nowhere, because I’ve been rationing its stories–I don’t want to finish it.

I’ve listed my reading pool by category, but I’m going to allow myself some leeway so I don’t have to read one from each. Some will come from the TBR pile and others from the library (and I have already bought two, which wasn’t the idea at all!) but there is more fantasy than anything else, which most closely reflects what I want to read right now.

The list makes me want to plunge straight into reading, but I'll have to restrain myself a little longer, as I have a conference to run in less than a fortnight. I'll probably take one of the books with me to read, but it will have to be chosen carefully: it must be absorbing enough to hold my attention and help me unwind at the end of a long day, but not so much that I can't bear to stop reading. That's a challenge in itself, with a list lovingly compiled for un-put-downable qualities!

Non-fiction
Ursula Le Guin, The Language of the Night
Alexander Porteus, The Forest in Folklore and Mythology

Email ThisBlogThis!Share to TwitterShare to FacebookShare to Pinterest
Labels: fairytales, fantasy, folklore, mythology, Once Upon a Time IV Challenge