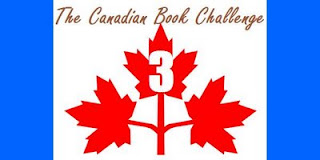 And off we go again! For the first challenge, 415 books were read and reviewed. For the second it was an amazing 1137, and I’m trawling the list looking for interesting things to read for the forthcoming year.

For the second challenge I read only books by women, but I’m not going to limit myself this time. I did wonder about only reading books on dystopian futures, but I decided that I might not be able to find everything I wanted, so I plan to focus particularly on books I’ve been waiting to read. That provides me with a couple of certainties: William Gibson’s Spook City, which has been on the TBR pile for a while, and Douglas Coupland’s new book, Generation A. I’m going to hear him talk about this book at the Edinburgh Book Festival in August, though I’m not sure it will be out here until September. Gibson and Coupland are two of my favourite authors and a new book by either is always an eagerly anticipated pleasure.

My reading will have to be limited to what I can get here in the UK, I can’t afford to buy any more books from Canada, so it will focus largely on authors who are well-known internationally. So Atwood and Munro will almost certainly feature – it’s time I got round to attempting Oryx and Crake again.

Alan Bradley’s The Sweetness at the Bottom of the Pie, which has had some excellent reviews, is another book that’s on the shelf waiting; in my early teens I was very attached to an enormous Victorian book on poisons that my father had picked up at an auction; he liked it too, and now that he’s gone – without my assistance, I hasten to add – it sits happily amongst my own collection, so I think Flavia de Luce and I will get on very well.

I seem to have read quite a favourable few reviews of Elizabeth Hay’s Late Nights on Air over the two challenges, so I think it’s a must, but the one I really like the sound of will have to wait until I can find someone to bring a copy back for me – Shelf Monkey, by fellow challenge reviewer Corey Redekop sounds just my kind of book (oh, hang on, son’s best friend works in Staples so he must have access to padded bags, and last time he was over here I gave him my copy of The Gum Thief, so he owes me a favour!)

One of my recent re-reading binges was The Salterton Trilogy by Robertson Davies. If I could have found my copy of The Rebel Angels I would have read that too, but as it is, it can go on the list, and we’ll just have to hope it turns up somewhere at the back of all those double-stacked books. Another book that’s been waiting for a while is No Great Mischief by Alistair Mcleod.

Finally, I’d like to read some non-fiction, and first choice is What Species of Creature by Sharon Kirsch, a book with a glorious cover and lovely illustrations. More on this one soon.

That leaves me with four books to scour the library/raid the bookshelves for; at the moment, the list looks like this: