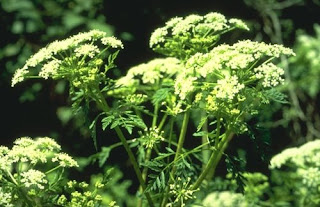 
I bought this book thinking I knew what to expect. A year or two ago I read an article which discussed it, along with Elidor by Alan Garner (one of my favourite books growing up), as examples of British myths retold with a contemporary setting. I can't find the article now, but I remember it left me with an impression of a re-telling, based on the Scottish ballads of Tam Lin and Thomas the Rhymer), that was as gritty as Garner's treatment of the Mabinogion. I was interested, but there was no sense of urgency about reading it, particularly since I couldn't find a copy for sale in the UK. The Once Upon a Time II Challenge, though, spurred me to search again and, this time, patience was rewarded and I found an affordable copy which was soon winging its way across the Atlantic (I can't imagine why it's so hard to get here).

And boy, was patience ever rewarded! Now, I readily admit to being an easy target (my second son was named for Tam Lin – a dangerous move, I realise in retrospect, you shouldn't dangle a tempting treat under Queen Mab's nose like that, and I once considered buying a dreadful house in Earlston simply because the town was the birthplace of Thomas the Rhymer) but I have found a book to enjoy re-reading for years to come.

Nineteen-year-old Polly is reading a book of modern fairy stories when she begins to recall echoes of a set of memories about the childhood friend who gave her books of folktales and myths. How have the memories of this person, and the events of her childhood, been suppressed? She sets out to retrace these events, gradually recalling her meeting with Tom Lynn at a funeral, the beginnings of their friendship, and their joint creation of the heroes Tan Coul and his assistant, Hero, whose adventures come true, after a fashion, for Polly and Tom.

Early in the book I found myself intrigued by the way in which the lives of Polly and Tom were being gradually interwoven by the author, in parallel to the way in which they weave their tales, often at a distance. The reader is caught up almost as the third strand of the plait, much in the way that the interaction between storyteller and listener was an intrinsic part of the telling of ballads. Like Polly, we can see that some of the characters are not necessarily what they seem, but can only guess at their reality based on their words and actions and, as her memories begin to unfold, it is as if we share the experience through the process of reading them. We have embarked, with Polly, on a journey of rediscovery, which will lead to a riddle to solve; and like Janet, in the ballad, all her resolve and tenacity will be tested.

For the young adult reader there are hints of the relevance of fairytales and myths to the present day, albeit a more mundane world than the one in which Polly finds herself. And the truth which Polly must uncover is universal. This is a wonderful story, age-old but superbly reinterpreted, which should be available to a new generation of readers.

Email ThisBlogThis!Share to TwitterShare to FacebookShare to Pinterest
Labels: fantasy, Once upon a time challenge, review