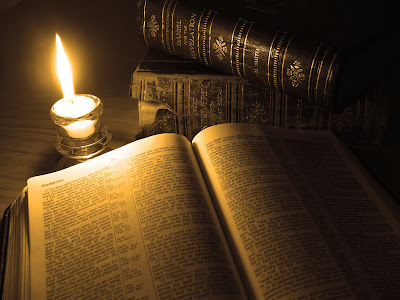 Photo credit
What have I read this year?
At least 94 of the above involved violent death or murder! The ratio of fiction to non-fiction looked dreadful, until I thought about it: not included here are the books I have read, often several times over, because I have been copy editing or typesetting them. In the course of the year I've worked on various books on the Middle East, on literature and, most satisfying, landscape photography. Since I have another job for four days a week, and freelance in my "spare" time, that's a lot of non-fiction reading, and it occurs to me that I don't really need to feel guilty - as I had been - for doing so little "serious" reading. So 2011 is going to be guilt-free as far as books are concerned and  if, at the end of a day spent poring over a work written by someone for whom English is not a first language and trying to reconstruct their sometimes tortured sentences into elegant prose, I can only face nefarious doings in rural settings, that's okay.  (That was a pretty tortured sentence of my own, for which I apologise - and some of my authors write very well, and just need a bit of tidying up, it's the subject matter which is grim.)

The finds of the year have been:
The year's other find has been Quoodle itself. Along with everyone else I know who has bought a Kindle this year, I shall still be buying books, but in three months it has effected a small transformation and is one of the best birthday presents I've ever had. I won't go so far as to say that travel has become a pleasure, but it's wonderful to be able to carry such a choice of books with me and to suit my reading to my mood.
My "best of year" list is limited to five, only one of which I've managed to write about here, sadly (memo to self: must do better next year). These are ranked (!) - number 5 being my book of the year:

Honourable mentions to Rosy Thornton's Tapestry of Love, for sheer pleasure, Helen Grant's young adult novel The Glass Demon and Nick Lake's The Secret Ministry of Frost. The last gets my award for best cover. 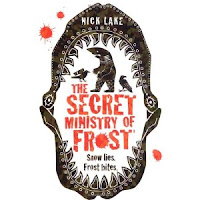 Finally, I've also had lots of fun reading along with the Angela Thirkell group on Yahoo (mostly composed of members of the Angela Thirkell Society from both the UK and the US), where we read a book a month. The year started not with her Barsetshire novels, but with Ankle Deep, a loosely autobiographical work, then moved on to her delightful memoir Three Houses, about her childhood homes. I haven't managed to keep up completely but, along with these two and Margot Strickland's biography, Portrait of a Lady Novelist, I've read/re-read six of the Barsetshire books. The group spends quite a lot of time off-topic (we are much exercised by the weather, as befits Thirkellites!) but it's an excellent source of recommendations, since we're not only interested in reading around the subject but also tend to like a range of similar authors, old and new.

The list of the year's books is here, for anyone who is interested. I'll try to put in links to reviews at some point. I update the list at the end of each month, so I now have a constant record of the year's reading, instead of having to go back through the monthly round-ups. Tonight I'll finish The Weed that Strings... and then it's on to a whole new year's reading.  I hope it's as good as this one has been.

* Edited later to add this information
Posted by Jodie Robson at 16:26